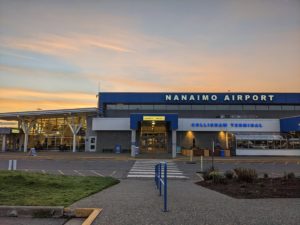 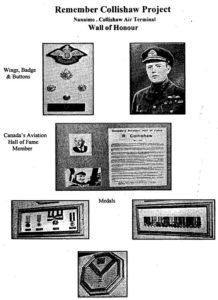 The remember Collishaw Committee, affiliated with The Vancouver Island Military Museum and with the concurrence of the Nanaimo Airport Commission, had initiated a project to honour A/V/M/ Raymond Collishaw by dedicating to him the Nanaimo Airport Terminal Building “Nanaimo. Collishaw Air Terminal” in commemoration of the 75th Anniversary of the RCAF. A sign will be erected to the Terminal Building displaying the above name.

The Remember Collishaw Committee has agreed to sponsor “Collishaw Air Terminal” in the signage for the terminal building which will cost approximately $20,000.