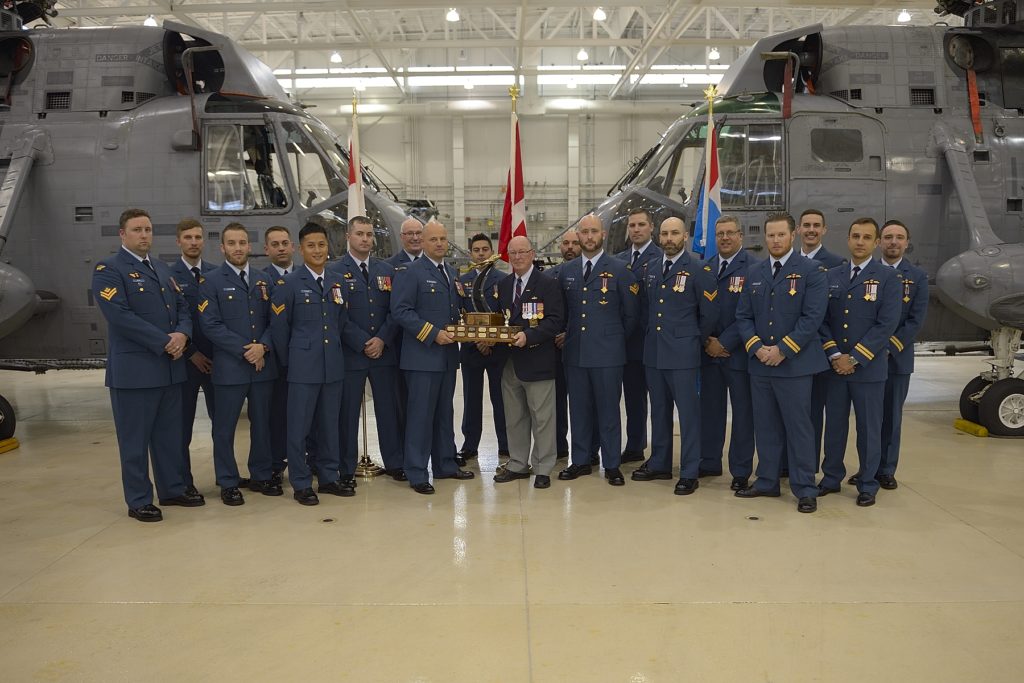 The RCAF Golden Hawks Award is presented in recognition of outstanding contribution to military aviation, it is a reminder of the Golden Hawks, a precision flying team formed in 1959, and disbanded since.
This year’s award was presented to 423 (MH) SQN, HMCS Toronto Air Det. November 27, 2014 Shearwater, Nova Scotia.