This year’s Biennial General Meeting 2022 will be a hybrid – in-person and on-line event. All accredited and fraternal delegates are encouraged to submit a completed registration form along with the required payment (for in-person delegates only) to the RCAF Association, PO Box 2460 Stn D Ottawa ON K1P 5W6

You are cordially invited to the (Hybrid format) Biennial General Meeting of the RCAF Association to be held in Hamilton, Ontario from 14 to 16 October 2022

Like all non-profit associations, fraternities and social community-focused organizations, the RCAF Association looks forward to our general meeting. We do so, because we look forward to seeing you, our members. We write to you, to seek your active participation in shaping your association, as we move toward the 75th anniversary of the RCAF Association in 2023, and the 100th anniversary of the creation of Canada’s air force, in 2024. Participating in the affairs of your association is not difficult, nor does it require much of your time. Rather, all we ask is for you to be aware of what other members are thinking and for you to weigh in with your ideas, where you feel the need.

We are a diverse organization – not all of us have served in the air force, for example. Some of our members devote themselves toward important community-supporting activities. Others also give of themselves to help local cadet squadrons, devoting countless hours, days, weeks, months and years to young Canadians who one day may pursue an aerospace career – civilian or military – for the betterment of Canada. And, still others contribute a great deal to our efforts to advocate in support of their country’s air force. These and other aspects of our multi-function association are depicted in the images on the other side of this registration form, and are the subject of information found in our most recent pocket information booklet.

Our General Meeting this year takes place in Hamilton, Ontario. Events will be held at the Courtyard by Marriott Hamilton, 1224 Upper James Street. On Saturday evening, 15 October 2022, we will hold our annual Awards Banquet, and present a number of awards to association members, wings and organizations. The weekend’s activities open in a formal way, with the Presidents’ Reception on Friday night, 14 October 2022. We are pleased to confirm the support of a group of dedicated volunteers from the local RCAF Association 447 Wing, near Mount Hope. The Courtyard by Marriott is a very short drive from Mount Hope and the Hamilton Airport.

When considering the decision to join us in Hamilton, please keep in mind the need to elect one or more members of the Board of Directors. Electing fellow members to their association’s board is perhaps the single most important decision or vote bestowed upon members like you. Members of the RCAF Association may nominate and elect any other member who agrees to the nomination; any member of the RCAF Association may step forward on their own, in the absence of a nomination. We have room for nine elected board members, and an additional three appointees. Currently, there is at least one vacancy on the board of directors.

Thank you for considering joining us in Hamilton. If you cannot make it in person, please give serious consideration to joining us on-line. Via Zoom.

Venue – The Courtyard by Marriott Hamilton

The Courtyard by Marriott Hamilton, 1224 Upper James Street, Hamilton, ON, L9C 3B1, is holding a limited number of rooms at a rate of $159* per night, for RCAF Association delegates and guests. The cut-off date is 14 September 2022, after which unused rooms will be released for general sale. Rooms may be reserved by calling into the Reservation Line at 1-800-960-2608. Please identify yourself as a member of the RCAF Association when calling. *Check subsidy eligibility rates

Accredited delegates may be eligible to apply for reimbursement of their Courtyard by Marriott Hamilton accommodation costs by up to $50 per night for a maximum of two nights. A travel order claim must be submitted to the RCAF Association for actual and reasonable costs accompanied by original receipts (not photocopied) which have not been the subject of reimbursement by any other party or organization. The first fifty (50) accredited delegates to submit a bona fide travel claim as described above may be eligible for remuneration; thereafter, fraternal delegates such as members-at-large and who attend the BGM may be considered eligible, subject to submission of valid receipts and a travel claim.

Some may be surprised to learn with membership comes the right-to-vote. In fact, voting on resolutions and motions or even ideas brings opportunities to each and every member to help shape the future affairs of their RCAF Association. To our dismay, there are leaders today who believe only elected members have the right to vote. This is categorically wrong, especially nowadays under the relatively new (now eleven years old) Canada-Not-for-Profit (CNCA) legislation, which bestows upon every member category and classification the right to vote, even categories and classifications created with no voting privileges. At no time should general members ever be denied their right to vote. The only time elected members may be invited to vote, exclusively, occurs at a general meeting of the RCAF Association in response to motions regarding new ideas, changes, motions and resolutions deserving consideration by all, back home.

Elected leaders who are mistaken about the member’s right to vote will understandably wonder what a member’s vote means, and how it might be conveyed. That is precisely the primary responsibility of the elected leader; to call for any and all votes on all various and sundry motions while back home, and then convey their majority members’ vote to the general body of membership at the appropriate time during a general meeting of the association. Elected leaders at the Wing and Group level do not hold the fiduciary, which means elected leaders at the Wing and Group level are not empowered with a vote any different from the general member, except to say these leaders are elected to carry the majority vote conveyed by members in their Wing and/or Group, and cast that weighted vote according to the majority votes cast back home. The fiduciary is only held by those elected to the RCAF Association Board of Directors; by law the fiduciary cannot be delegated. Owing to these exigencies, especially the importance of conveying each and every members’ vote, to the general meeting, a Proxy Form should always be used. The Proxy Form for our upcoming meeting can be downloaded here from this link: 2022 Proxy Form.

Any elected Wing and Group member who by dint of election carries the responsibility for conveying their members’ majority vote to the general meeting, but who is otherwise unable to travel and who has not provided their members the opportunity to identify a proxy, is denying them the opportunity to participate in shaping the future affairs of their association.

A pocket agenda card can be downloaded here, at this link: PocketCard_AGM2022_Timings

Visit to 447 Wing (via Bus Transport from the Lobby);

Dress for the Friday evening Presidents’ Reception in recent times has encouraged “Red Friday” T-shirts and the like. Delegates and guests are invited to dress “relaxed” and those who have received in the past various unique awards (BigFoot, Ordre de la Tuque, Side-Hill Gouger, etc..,) are encouraged to wear the associated regalia, hats and pins for “alumni” photos.

More details regarding activities planned for the period 14 to 16 October 2022 can be found on the registration form, and additional details may be added to this webpage over the next few weeks.

A dedicated team of volunteers from 447 Hamilton Wing has agreed to provide support and assistance to the delegates planning to attend this year’s Biennial General Meeting.

²See the image below, for more details regarding the land acknowledgement for Hamilton, and environs. 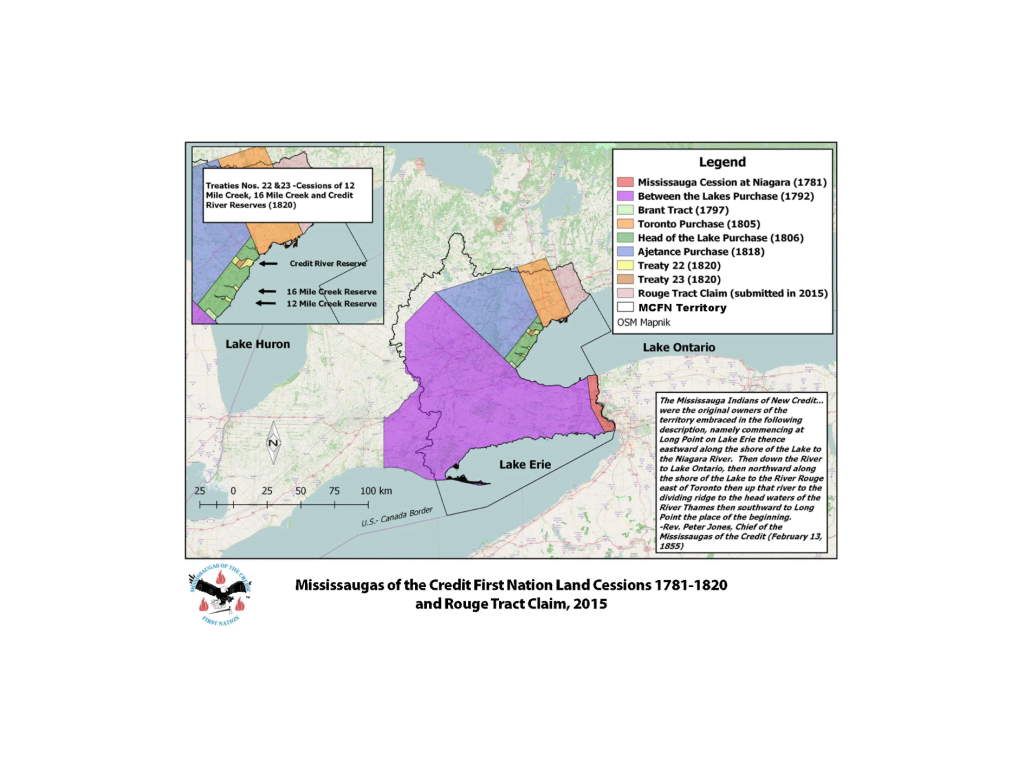 Notes on Registration and other Activities

Notes:
1. Only Regular members-in-good-standing qualify as delegates. Wing Presidents, certain Group executive members, members of the National Executive Council (Board of Directors) and past presidents constitute Accredited Delegates. All other Regular members-in-good-standing, unless acting as proxy, constitute Fraternal delegates. Members-at-Large are Regular members. Only Regular members may vote at the General Meeting. Regular members affiliated with a Wing are expected to vote on General Meeting issues at a meeting of their Wing, before sending their delegate to vote on their behalf at the meeting of the Association. This is what is referred to as a pooling agreement, where those with the power to vote (all Regular members) create a voting trust by pooling their voting rights and transferring them to a trustee. When it comes to Wings, Regular members leverage the Wing’s charter as the voting trust, and the duly elected Wing’s delegate, most often the President, is the trustee in question, for the purposes of conveying the majority opinion of the Wing’s members at the appropriate time at the general meeting. Regular members-at-large who are affilated with the headquarters may cast a vote at the general meeting and their vote will be carried by their proxy (Vice-President MAL Policy or the National President, or the MAL proxy designated, as the case may be). Regular members-at-large are encouraged to create a voting trust at the general meeting by appointing one of their number to vote on their behalf. The individual Regular member-at-large who accepts such an appointment as voting trustee has the power to adjourn the meeting at any time, to consult with the other Regular members-at-large on any and all matters on which they may be expected to vote.

2. Members and delegates are not obligated to attend all events. The Presidents’ Reception on Friday night is optional. The banquet on Saturday night is optional. Anyone, especially Accredited delegates, wishing to attend the Business Sessions is/are required to pay the participation fee, which covers breakfast, mid-morning coffee break, lunch and mid-afternoon coffee break, venue (meeting space) rental, audio-video costs and other administrative costs are shared across the membership.

3. Registration fees must be paid in advance. We cannot accept any registrations or amendments after 1 October 2022. Payment will not be accepted at the door. All costs are per person. Registrants must use separate registration forms. If you require an additional form, you may photocopy it locally, or print another form, by downloading more forms from the link provided above.

5. Wings unable to send a delegate are encouraged to employ a proxy form, and have their Regional Vice-president and/or Group President carry their proxy to the meeting, on behalf of their Wing members. If the Wing membership holds a meeting and selects another elected member other than their Chairperson to act as proxy, then that person may carry the Wing’s proxy to the general meeting. Please note that the RCAF Association is a non-profit organization built on a direct-democracy foundation, meaning every member-in-good-standing has a vote. Wing Presidents are elected to ensure when they speak they speak with every one of their Wing members’ votes in mind. To this end, it is critical that Wing Presidents sound out all of their (RCAF Association) members on all of the issues for which information has been posted here on the General Meeting webpage. At the core of these processes is what is known as a “pooling agreement.” In democratic societies/fraternities like ours, both the charter and one’s elected status convey a degree of trust that is placed on individuals who have chosen to serve their fellow members in this way. While the fiduciary is something entrusted to only those elected to the RCAF Association board of directors, the same cannot be said about all other elected individuals at Group level and Wing level. This is not to say their roles are any less significant. We only emphasize this point to declare the fiduciary cannot be delegated, but individual members themselves have delegated the responsibility to register their individual votes to the person whom they have elected to the Wing President/Chairperson role.