This is the 60th Anniversary of the crash of a CF100 aircraft into the Villa St Louis Residence in Orleans.  A total of 15 people were killed and included eleven sisters, their Navy Chaplain, a female kitchen assistant and the two-man crew of the aircraft.  It was suspected that the crash into the rest home of the Sisters of Charity was caused by the failure of the oxygen system on the aircraft which caused the crew to lose consciousness which resulted in this horrific accident. This ceremony is being organized by 410 (W. G. Barker, V.C.) Wing RCAFA, with the cooperation of Village Gruyere Sisters, with assistance of Branch 632 RCL and Knights of the Round Table.  A number of Air Cadets will be in attendance as well to assist with parking and directions to the location of the ceremony.   The monument is located behind the Villa St Louis adjacent to the Ottawa River.  It is anticipated that a number of dignitaries will be in attendance as well. All are welcome. Jack Andrews for the Organizing Committee 613-841-6670

To learn more about the devastating events of 15 May 1956, please read more here. 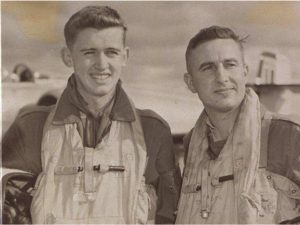