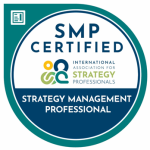 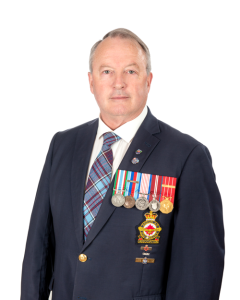 Dean is the Executive Director of the Royal Canadian Air Force (RCAF) Association, Publishing Editor | Graphic Designer for the association’s quarterly Revue Airforce Magazine, and Secretary to the RCAF Association Trust Fund Board of Trustees. He also serves as the Certification Director for the International Association for Strategy Professionals (IASP), based in Livonia, Michigan, USA – the only such organization/association to offer formal credentials in Strategy Planning (SPP) and Strategy Management (SMP). He was born in Montréal (Lachine), Québec and enrolled in the Canadian Armed Forces following graduation from the Goderich District Collegiate Institute High School in 1977. Dean earned a B.Sc., in Applied Science in 1981, from the Royal Military College (RMC) of Canada at Kingston, Ontario. He earned his pilot’s wings in November 1982 and flew the CH-136 Kiowa Light Observation Helicopter (LOH), the CH-135 Twin Huey Utility Tactical Transport Helicopter (UTTH) and the CH-146 Griffon helicopter, over five operational tours from 1982 to 2002, and an additional tour flying the CH-135 Twin Huey helicopter with the United Nations Mission in Haiti (UNMIH)  from March to September, 1995. His final flying tour came as Commanding Officer 403 (Helicopter) Operational Training Squadron in Oromocto, New Brunswick. In the years leading up to this penultimate opportunity he successfully completed the year-long Aerospace Systems Engineering Course, 1990-1991 (pasc), the six-month Canadian Land Forces Command and Staff Course (1988) (plsc), and the year-long Canadian Forces College, 1996-1997 (pcsc). He also completed innovation studies with the Massachusetts Institute of Technology (MIT) – “Promoting Innovation: The Dynamics of Technology and Organizations (2006),” and, “Military Innovation: Technology, Strategy and the Security Future (2003).”

In 2002, Dean accepted a position with the Vice Chief of the Defence Staff, Director General Strategic Planning, Directorate of Defence Analysis (DDA) as the senior staff officer responsible for helping to co-ordinate the Department of National Defence’s corporate strategy. He served as co-Chair of the Environmental Scanning Group, involving more than fifty (50) government departments whose work informed a government wide “S.W.O.T.” analysis. He also served as a scientific committee member with the Country Indicators for Foreign Policy committee at Carleton University. Additional responsibilities of the DDA-4 portfolio called on Dean to manage the Asia-Pacific file, which led to Dean’s attending the National Institute for Defense Studies (NIDS) in Tokyo, Japan, as well as the NATO file, which led to participation in working groups in Belgium, Paris and a number of exercises with Transformation Command near Virginia Beach, VA, USA. In 2005, Dean was appointed Senior Military Advisor to the Director General Defence Research & Development Canada (DRDC) Ottawa Laboratories, where he also served as a Project Leader on the Capability Development, Engineering & Management (CapDEM) Project.

Dean earned an M.A. in War Studies with the Royal Military College of Canada (RMC) in 2001, and an M.A. in Leading Innovation & Change (MALIC) with the York St. John University-Robert Kennedy College in 2016. In August 2021, Dean earned an M.Sc. in Strategic Planning with the Edinburgh Business School of Heriot-Watt University in Scotland. Dean was formally accredited as a Certified Association Executive (CAE) with the Canadian Society of Association Executives (CSAE) in 2010, as a Strategic Management Professional (SMP) with the Association for Strategic Planning (ASP) in 2018, and a Certified Volunteer Resource Manager (CVRM) with the Professional Association of Volunteer Leaders – Ontario (PAVRO) in 2021. He successfully completed the “Designing Strategy” course with IDEO U in early November 2021.

Dean joined the RCAF Association in 1986, while serving in the air force, and enjoyed affiliation with a number of RCAF Association Wings including 438 (Pembroke), 252 (Fredericton), 700 (Edmonton), 416 (Kingston) and 433 (Renfrew). He is an active member (4th Degree) of the Knights of Columbus, having served as Grand Knight (Council 1916 and Bishop Smith Assembly 0869), along with the Institute of Corporate Directors (ICD), the Strategic Management Society, the Association for Research in Nonprofit Organizations and Volunteer Action (ARNOVA), the Royal Canadian Legion (RCL), the NATO Veterans’ Organization of Canada (NVOC), the Canadian Society of Association Executives, the Professional Association of Volunteer Leaders – Ontario,  American Society of Association Executives (ASAE), the Association of Association Executives (Europe) and the Canadian Association of Veterans in United Nations Peacekeeping (CAVUNP). He was elected to the Board of Directors of the (formerly) Association for Strategic Planning in June 2021, and volunteered as a Certification Commissioner and social media marketing specialist for several months before he was hired to serve as Certification Director responsible for all aspects of certification, credentialing, accreditation, and related marketing duties for what is now known as the International Association for Strategy Professionals. To prepare for his responsibilities Dean completed the Institute for Credentialing Excellence “Certificate Program for the Credentialing Specialist,” in early 2022. In May 2022, Dean was invited to serve on the Advisory Council to the RCAF Foundation. Dean was also elected to the board of directors to PAVRO, in June 2022, as the Director Professional Development, for a three-year term.