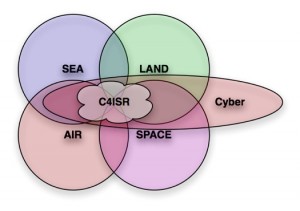 o The Canadian Forces (CF) must work closely with federal government partners to ensure the constant monitoring of Canada?s territory and air and maritime approaches, including in the Arctic, to detect threats to Canadian security as early as possible;

o The CF must be able to identify and deal with such threats as over-fishing, organized crime, drug and people smuggling and environmental degradation and maintain capabilities to address these quickly and effectively if so directed; and

o The CF must have the capacity to exercise control over and defend Canada?s sovereignty in the Arctic.

? In addition, the CF must be able to make a meaningful contribution to the full spectrum of international operations ? operations which, as evidenced in Afghanistan, Libya and elsewhere, rely highly on information derived from C4ISR capabilities.

? The most effective platform currently available for the CF to carry out strategic C4ISR is the CP-140 Aurora. This aircraft has been significantly upgraded in recent years as part of the Aurora Incremental Modernization Project (AIMP) which, in addition to replacing outdated navigation and communications systems, introduced highly capable new sensor systems for:

? The upgraded CP-140 is considered by knowledgeable observers, from a systems perspective, as being one of if not the most capable multi-mission Long Range Patrol aircraft currently in existence.

? In addition to systems upgrades, as part of the CP-140 modernization process, DND also took steps to extend the Aurora?s available service life through the Aurora Service Life Extension Program (ASLEP). While all 18 Auroras were originally expected to be life extended, the announced plan is for only 10 aircraft to go through ASLEP. This will result in a significant degradation in Canada?s C4ISR capabilities by the end of the decade unless steps are taken to resolve the issue.

? The CFDS originally called for the Aurora fleet to be replaced with 10 to 12 modern maritime patrol aircraft (MPA) in about 2020 as part of what was characterized as a surveillance ?system of systems?: manned aircraft; unmanned aerial vehicles (UAVs); and satellites. While plans are somewhat unclear, it has become increasingly evident of late that at least the MPA portion of this plan will not happen in a timely manner.

? Modernizing the CP-140 Aurora has provided new life to the Aurora fleet and has given the CF an outstanding ability to carry out joint (land, sea and air) C4ISR missions, at home and abroad. As demonstrated in recent operations near and over Libya, the aircraft has the ability to conduct surveillance over land or water; to command and control joint forces; and to conduct other complex C4ISR missions of great value to Canadian and Allied Joint Force Commanders. Of course, the CP-140 also retains an outstanding ability to carry out anti-submarine warfare operations should these be required.

? While there is potential for the CP-140 to be replaced by a comparable Multi-Mission Aircraft (the Boeing P-8 Poseidon being one example) it appears increasingly doubtful that the defence budget will allow acquisition of such an aircraft before non-ASLEP CP-140s run out of available service life. There is also concern that other elements of the surveillance ?system of systems? foreseen in the CFDS may be delayed.

? Under the circumstances, AFAC considers the most prudent course of action would be to upgrade as many of the available CP-140s as possible to allow this critical platform to continue to operate until approximately 2025 ? 2030. In addition to ensuring Canada?s existing AIMP investments are not squandered, this would give DND time to investigate and move forward with alternative (and perhaps currently unforeseen) C4ISR solutions.

? The CP-140 Aurora currently represents a critical strategic C4ISR capability, one which will be increasingly important to Canada in the future for deployed operations, coastal surveillance and Arctic sovereignty.

? The CP-140 is a multi-mission platform capable of contributing to operations over land and sea and across the full spectrum of operations, from search and rescue to combat.

? Canada has made a significant investment over the past decade to modernize the CP-140?s avionics and sensor systems. As a result, the aircraft has capabilities which now match or exceed those of the most technologically advanced ISR platforms available to Western military forces.

? Given the uncertainty that currently surrounds DND?s overall capital program, AFAC believes it would be prudent for Canada to structurally upgrade as many Aurora aircraft as possible (up to 18) thus preserving the maximum C4ISR capability possible over the next decade and a half.

? The CF18 fighter fleet has been projected to reach its estimated life expectancy in the 2017-2020 timeframe, or potentially a few years beyond that. There is every indication that there will be a continuing need for a manned fighter capability, both domestically and abroad.

? Although the F-35 was selected by the Government as a replacement, criticism of the choice has resulted in an initiative to push the ?reset? button on the project. Work is currently ongoing to conduct an in-depth options analysis to assess the capabilities and costs of the fighters available, with a view to providing to Government comprehensive information with which to decide the way ahead. This work is being monitored by an independent panel to ensure that fairness and due diligence prevails throughout the process. 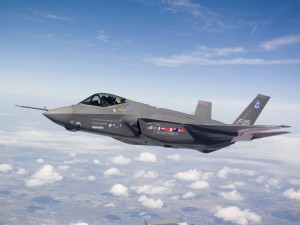 ? It is expected that the outcome of this work will be confirmation of the fighter chosen or, potentially, the initiation of a competition.

? The Canada First Defence Strategy, released in May of 2008, confirms the Government?s commitment to a manned fighter capability and its affordability in the long term defence budget. Several high-level mandatory requirements for a next-generation fighter have been established and substantiated repeatedly by the RCAF. Canadian requirements for domestic operations, those in conjunction with the US in NORAD, and those which may occur elsewhere globally all support the need for a very capable, modern fighter. Moreover, given the propensity for Canada to extend aircraft life as long as economically possible, a new fighter fleet must be supportable and operationally relevant over decades of service.

? The media attention given the F-35 decision since the announcement in July 2010 has been unprecedented. In addition to being a major election issue, many who are critical of the decision or the Government have not hesitated to misrepresent the facts related to aircraft capability, cost, international support, flight test progress and production delays. As a result, members of the general public, with limited information beyond that provided through the media, have been bombarded with largely unbalanced and negative reporting.

? Moreover, the fighter replacement project has been impacted by other defence procurement failures and issues. This has caused some to question the competency of the Government itself, but also that of DND staff involved in managing the project.

? While the political sensitivity that precipitated a re-examination of options persists, it is important to keep in mind the fundamental objective: to procure a new fighter aircraft that will serve Canada?s needs for approximately the next forty years.

? A corollary desire to provide quality opportunities for Canada?s aerospace industry should also be kept in mind. An extensive delay in making a decision may well cause Canadian companies to lose opportunities to bid on further F-35 contracts. Given the extent of contracts already won and the potential for many more over the full life of the F-35 fleet, an early decision is favourable.

? There is clearly a need for a capable next-generation fighter, as stated in the Canada First Defence Strategy. Operational experts in the RCAF have developed and defended operational requirements and their perspectives should be respected, given their expertise and personal experience in the conduct of fighter operations.

? Misinformation and disinformation spread through the media should be corrected by the Government, DND and PWGSC. Media and political opponents should themselves adopt a more balanced approach and refrain from using this issue simply as a proxy to attack the Government. This matter is extremely important to national security and the Canadian public deserves to receive a more balanced analysis of issues such as costs and capabilities, for example.

? An early conclusion of the options analysis process and a decision to proceed with the acquisition of a new fighter will permit the timely signing of a contract and the orderly transition from the current fleet to a new one before the CF18 is time expired.

? While the need to address a critical military capability is primordial, the opportunity for Canadian industry, or the loss of opportunity if a decision is delayed, must be kept in mind.