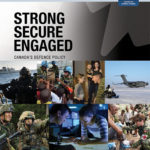 ● The Government of Canada released its Strong, Secure, Engaged (SSE) policy
document in June 2017. As part of its goal to renew and strengthen the Canadian Armed
Forces (CAF), the Government has stated its intention to grow the Regular Force from
an authorized level of 68,000 to a revised level of 71,500 members. Similar increases in
the Reserve Forces are expected, going from 28,500 (revised levels in FY15/16) to
30,000 members, under the new policy. Although these planned increases are certainly
welcome, and are needed to support the level of ambition expressed in SSE, it is also
clear that this projected growth will pose significant challenges. The CAF is still
struggling to reach the goals set in 2008/2009 and is currently about 2,000 short of the
68,000 Regular Force target. As for Reservists, the shortfall to reach the 28,500 target is
about 5300. If one adds in the new SSE policy goals, these personnel gaps grow to
5,500 for the Regular Force and 6,800 for the Reserves.
● An enduring challenge for the CAF has been its inability to meet intake targets and to
train and retain sufficient numbers of personnel to offset releases due to retirement or
other reasons. Today, the CAF has to compete with the commercial sector for a new
generation of workers, as ‘baby boomers’ retire at an increasing rate, and also adapt to a
new generation of people that may not be focused on a lifetime career in the military.
The current CAF recruiting and training system has seen increased resourcing of late,
and is ramping-up to try to deal with attrition and the demand to grow the Forces.
However, this will be a very slow process and, even assuming no downward revisions to
DND’s budget, will take many years to achieve.
● The reasons for increased attrition within the CAF are numerous and have been
discussed by the CDS on many occasions. In recognition of the challenges ahead, within
the SSE strategy, the Government has placed an unprecedented focus on military
members and their families and identified a long list of initiatives aimed at improving
recruitment, retention, transition to release, health, welfare, family support and other
services.
● Like the rest of the CAF, the RCAF is affected by the same factors which generally drive
overall personnel attraction, retention and release. Although the list of factors is
extensive and inter-connected, they can be aggregated into several broad categories:
career/employment management (largely relating to career/family balance, regional
stability, etc.); operational tempo (linked to personnel shortages, the continuing need to
support missions, individual training, etc.); and the retention culture (terms of service,
compensation, Reserve employment options, etc.).
● The CAF manages about 100 trades or occupational fields with the RCAF responsible
for 26 of these. Recent numbers indicate that 10 of the RCAF managed occupations are
in the ‘red’, i.e. 10% or more under Preferred Manning Levels (PMLs). While this
proportion of red trades has existed for at least the past 10 years, the last few years
have seen a worsening situation develop in several critical areas. This situation will need
to be addressed aggressively if the RCAF is to maintain current readiness goals and
achieve the enhanced levels expressed in the SSE. 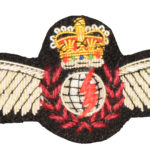