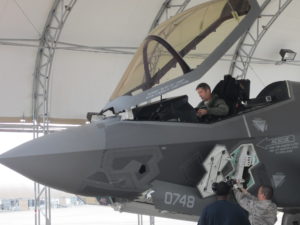 (Views expressed are those of the author, and may not necessarily reflect the official views of the RCAF Association)

Facebook and other social media debates about the F-35 are replete with the opinions of reductionists – those who like me have grown up attending airshows where only the aircrafts’ flight envelopes were ever presented to the crowds. On display, was “logical incrementalism,” or the measured evolution of the fighter aircraft (and others) year after year, as the Cold War marched on. Today, in the 21st century, what may not be on display matters a whole lot more, such is the state of the evolution of advanced technology. The air show has romanticized the fighter aircraft, blinding reductionists to the reality that today’s fighters, especially the 5th generation F-35, are not fighter aircraft at all. They are much, much more than that. But, what exactly are they, and why have they developed as such?

In The Lords of Strategy: The Secret Intellectual History of the New Corporate World, author Walter Kiechel III  traces the evolution of corporate strategy from the early 1960s to the global financial collapse of 2008. That so many financially-minded strategy “experts” seem to have gotten everything so very wrong, in the lead up to the collapse, motivated Kiechel to investigate.

Philip Evans came to Kiechel’s attention via Evans’ 1992 book, Blown to Bits: How the New Economics of Information Transforms Strategy. Underscoring much of Kiechel’s analysis is the developing theme of information and the advent of the computer and internet, which aligns with Evans’ arguments.

In this look at Lockheed Martin’s F-35 Lightning II, it is toward Evans’ ideas we lean, especially his belief that information has transformed strategy. Understanding this transformation is key to acknowledging the F-35 is much more than it seems. For the same reasons the digital era transformed the business arena’s application of strategy, the delivery of aerospace power, and the role of intelligence-surveillance-reconnaissance assets has transformed the legacy fighter aircraft. So far removed is the 5th generation F-35, from this legacy idea, that anyone opposed to implementing the Lightning II in their future air force risks a great deal.

The F-35 Lightning II is the latest in a long string of military aircraft innovations dating back to the Second World War. Peter Drucker, management’s guru, said “Innovation is the… act that endows resources with a new capacity to create wealth.” Wealth is synonymous with value, and value in a military context encompasses what Evans describes as “rich” information, something every Commander needs.

Innovations, some incremental and others radical, proved necessary throughout the Cold War, to help us remain apace or ahead of antagonists. Many see the F-35 as an incremental innovation along a long stream of increasingly effective fighter aircraft. But, the F-35 is a radical innovation along an even longer stream of Intelligence-Surveillance-Reconnaissance (ISR) information gathering assets which leverage Evans’ information ideas. The F-35 is not strictly a fighter; labeling it as such is the reductionist’s folly. It is because of what it can do that the F-35 more readily merits consideration as a platform, a node, or a conduit that, when joined with other similarly capable “nodes” serves as a key component in a tremendously powerful, informative and lethal network. The F-35 is an airborne asset that helps to eliminate duplication in the intelligence cycle, because it functions as an (information) fusion component for everyone implicated in the intelligence cycle. It does all this at what antagonists most assuredly believe to be a very uncomfortably short distance, owing to advanced stealth technology.

Aerospace journalists have reported, “the Lightning II’s biggest selling point is its ability to evade enemy radar… [along with] a sensor system designed to vacuum up information about the airspace around the F-35 without giving up its position.” It is important to acknowledge how the first capability (stealth) enables the second (information collection). Information is key to what the aircraft and its pilot can do; gathering information is ipso facto a manifest function, and sensors make that possible. Stealth puts the F-35 a lot closer to information sources, exposing to those sensors more critical information for collection than would otherwise be the case. Consequently, any requirement to act decisively on the information collected will take less time because the F-35 and, possibly, other connected collaborating assets (other F-35s and such) are, again, a lot closer to the point-of-delivery. It is difficult to imagine any ally choosing not to be a part of such a powerful collaborative capability.

There is a common thread between Kiechel’s focus on a “fiercening capitalism,” and Lockheed Martin’s estimation of the future battlefield, to which their F-35 is designed to respond. That thread is strategy, and core to strategy whether corporate or military is a grasp of the environment, near and far. Information is key to survival, in both the marketplace and on the battlefield. To understand the optimization of information gathering inherent in the F-35, we consider Evans’ conceptualization of information in terms of its richness and reach. “Reach,” according to Evans, means “the number of [nodes]/people exchanging information.” Richness, on the other hand, concerns: Bandwidth; Interactivity; Reliability; Security; Currency; and, “Customisability.”

“Bandwidth” refers to the amount of information that can be shared by collectors with users, in a given time. Bandwidth speaks to the challenges of information overload, something which is more readily managed when data and information fusion is possible.

“Interactivity” concerns the degree to which participants sharing the information are afforded an ability to deliberate and discuss it. It is the nature of the F-35 network that the number of participants who require the information, or who may be considered stakeholders to the particular mission being prosecuted, can be set, selected and modified quite easily to suit the commander’s needs. Again, the F-35 is a fusion asset; “fusion is critical…to provide a single coherent picture to facilitate understanding and decision making.”

“Reliability” of information is enhanced, in intelligence/information gathering operations, “by optimizing collection operations, processing and dissemination capabilities,” which are improved upon, enabled or facilitated by the fusion-capable F-35-supported network.

“Security” refers to the sensitivity of the available information, and the tendency for information hoarding, based on that sensitivity. The F-35’s technology removes barriers, while at the same time provides dedicated communication channels by which information is gathered, analyzed and shared. Since the F-35 platform delivers a fusion capability, there seem to be indications the intelligence enterprise could shrink and the intelligence cycle could be shortened. These improvements could have enormous and positive implications for the Commander’s efforts to build and share a common operating picture. But, you have to be “in the game” to benefit from these aspects of “security.” If one opts out of the F-35 program, one could indeed be left behind. 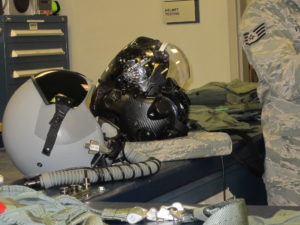 “Currency” speaks to how old the information might be. We have come a long way from the time constraints that afflicted First World War artillery spotting pilots and wet-film reconnaissance pilots of the Cold War. More importantly, what makes the F-35s information-capture so very “current” is the collection, depiction, fusion and sharing of real-time dynamic information.

Finally, in terms of “customisability,” presumably the digitized information collected, analyzed and shared by and amongst all the various participants in the F-35-enabled network can selectively subscribe to those elements relevant to their own domains, spheres of influence and theatres. The “processing” step in the generic intelligence cycle of activities is where customising can take shape. Human cognitive assets are essential, but much of the work can also be performed by dedicated information technology (IT) capabilities, of which the F-35 and its fusion capabilities is a powerful example. Having this IT element integrated into a stealth-capable fast-moving air asset with defensive and offensive kinetic delivery capabilities provides the Commander with options with no comparable antecedents, such is the radical extent of this innovation.

There is a growing tension 21st century commanders are facing, on the modern battlefield, between “the use of armed force within a military domain seeking to establish military conditions for a political solution – something we routinely refer to as ‘war,’ – and, the use of armed force that directly seeks political outcomes – something that is clearly beyond the scope of war in its traditional paradigm.” Modern conflict is dynamic, alternating between these two forms, presenting the commander with a continually changing operating picture, complicated by different actors able to change their roles with ease. It is to these situations we must apply ever more capable, flexible assets precisely like the F-35, so as to provide Commanders with the very best means of gathering accurate, timely, relevant, reliable and customisable information, in keeping with the tenets of RCAF “Shape,” “Sense” and aerospace power doctrine.

Our closing message deservedly belongs to the late Colonel (USAF) John Boyd, today remembered as a leading strategist in the 20th century. To understand his “Observe-Orient-Decide-Act” OODA loop, and his conceptualization of strategy is, again, to dismiss reductionism in favour of acknowledging how important it is to provide the Commander with all relevant information in a timely, accurate way. It is not enough to provide “an” option for strategy; strategy calls for revealing all or as many options as possible, providing a menu of choices which permit the Commander not just to pick one but to consider more, and thereby wreak havoc and deceive the antagonist about what the Commander is really thinking.

The F-35 platform adjoins a network of similarly capable assets whose collective purpose is to detect, shape and “exploit many vulnerabilities and weaknesses; cause confusion and uncertainty, disorder, panic and chaos; destroy the bonds that hold the adversary together;” and, create or sustain the bonds that unify our forces. In this way our focus stays where it should, while never losing sight of the whole picture. Such vigilance provides us with a continuing stream of options, enables rapid switching between options and harmonizes our efforts to achieve what we set out to achieve.”

In conclusion, reductionists might be trapped in their romanticizing models of aircraft capability, most certainly applying John Boyd’s “Energy-Manoeuvrability” (E-M) theories to good use. What they fail to realize is that Boyd’s E-M theory was but a stepping stone to his much more important work on the OODA loop. The F-35 just happens to be a strategic asset the capabilities of which provide solutions that keep the user far ahead of the antagonist. When anticipated battlefield complexities are taken into account, alongside certain aspects of information “richness,” there is a great deal at stake. A decision to opt out of the F-35 program based on a reductionist viewpoint risks relegating one’s air force to a 3rd-rate capability, for decades to come. Western air forces have long recognized the decisive nature of these assets. In this century, decisiveness will have just as much to do with the information gathering and fusion capabilities required today, as speed, manoeuvrability and the delivery of kinetic effects were the elements of decisiveness yesterday. So, what’s in your strategy?

For additional information, please consult: Emile Simpson, War from the Ground Up; Twenty-First Century Combat as Politics; and, Chet Richards, Certain to Win: The Strategy of John Boyd, Applied to Business. 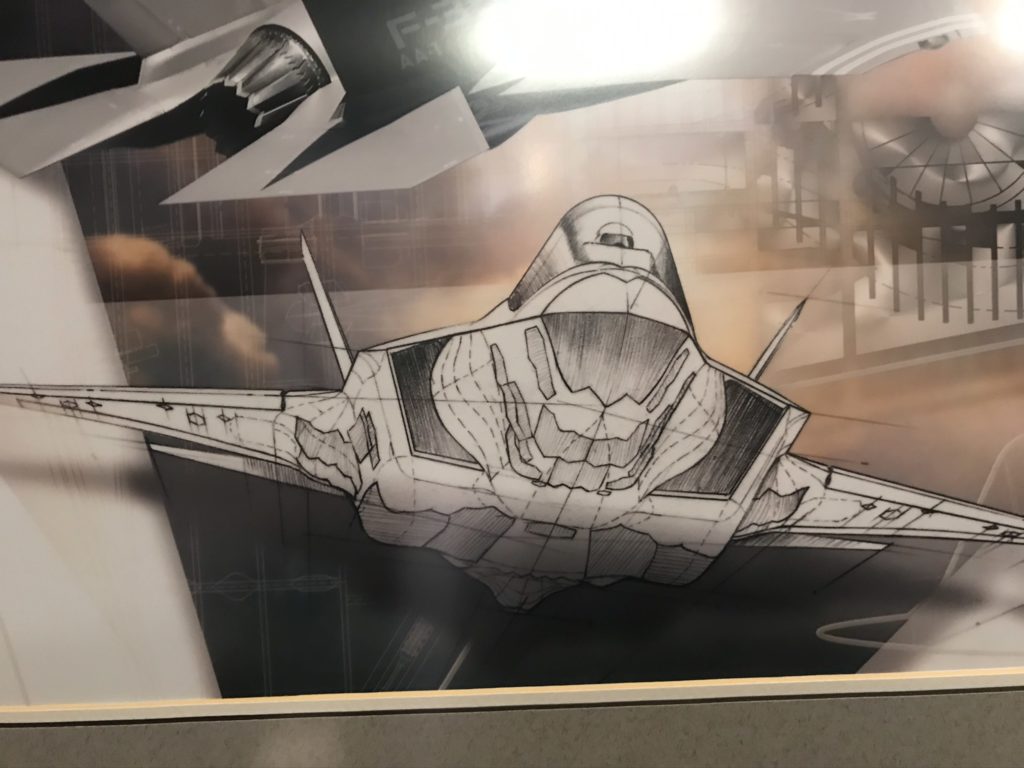 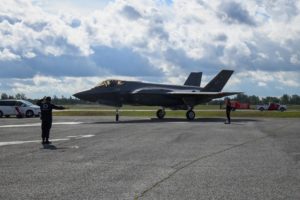 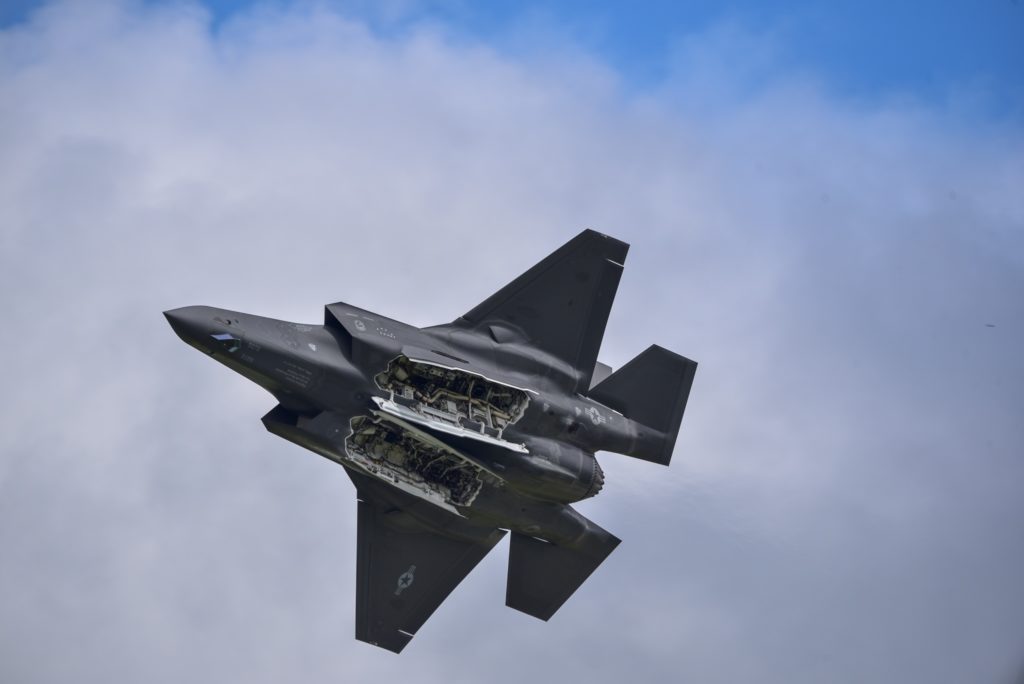