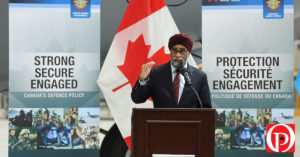 The Government of Canada released its Strong, Secure, Engaged (SSE) policy document in June of 2017. This document laid the framework for defence priorities and planned acquisitions for the next twenty years. This policy document also identified government intentions relevant to longer term National Sovereignty objectives.

“Strong, Secure, Engaged” provides the strategic imperative for aligning activities and tasks. As such, “Strong at home” means that Canada’s sovereignty is well-defended by a capable Canadian Armed Forces, which is also ready to assist in times of disaster, other domestic emergencies and conduct aerial search and rescue. “Secure in North America” speaks to Canada’s contribution to the collective defence of the continent through a renewed NORAD partnership with the US.

“Engaged in the world” relates to our ability to make meaningful contributions to a more stable, peaceful world. From a military perspective, the policy confirms the need for the CAF to be able to execute on eight core missions; the first two being to defend against threats to Canada and
North America (in partnership with the US through NORAD). As part of the SSE objectives, a modernization of the NORAD North Warning System (NWS) has been identified as an important element of future capabilities.
In fact, within SSE Canada reinforces its commitment to meeting its NORAD obligations concurrently with commitments made to NATO Allies under Article 5 of the North Atlantic Treaty. This commitment was brought to light in 2017 when the government announced that they would procure used Royal Australian Air Force F18 fighters (a total of 25 were announced – 18 flyers plus spares) in order to bolster our existing fleet of aging CF18 platforms (76 aircraft are still in service). These additional aircraft commenced arriving in 2019 (the first two arrived in February) and should be fully integrated within a couple years (they will require some modifications and upgrades to align with current fleet baseline). Although this increase in platforms will help reduce the pressure on meeting readiness numbers, it does not address the operational challenges associated with new and emerging systems being fielded by Russia and
other potential adversaries.

The purpose of this paper is to consider what additional steps Canada could take to increase its capabilities in the North while waiting for the negotiated and approved NORAD modernization programme.

When it comes to NORAD, Canada has long benefited from the extensive network and resources that this partnership has provided towards the enforcement of Canadian sovereignty. This includes land-based radar networks, access to space-based communications and surveillance
assets, tanker resources, Airborne Warning and Air Control Systems (AWACS), data link and communication networks, Forward Operating Locations (FOLs) and other enabling support capabilities. 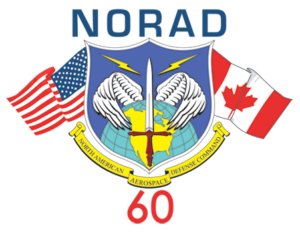 Canadian and American personnel are embedded in each other’s organizational structures at all levels of this unique bi-national command. This highly integrated network has been developed over 60 years of bi-national partnership and cooperation. However, NORAD faces significant challenges as we approach the end of this decade. Both governments have identified that the current NORAD Early Warning (EW) detection grid has deficiencies when it comes to detecting new threats such as low observable platforms (aircraft and cruise missiles) and hypersonic weapons.

An important part of the EW grid is the current radar system designated as the North Warning System (NWS). This network of ground-based radars (deployed in the mid-1980s) needs to be replaced with a new generation of sensors (ground and space-based) that will be better suited to deal with these emerging threats. The requirement for a renewal of the NWS has been identified in SSE but has yet to be turned into a costed and funded project. This replacement program will take some time to develop and deploy and likely not take shape until late next decade.

Canada has always claimed sovereignty over all its landmass in the north; however, not all of it was covered by the NORAD Canadian Air Defence Identification Zone (CADIZ). As part of the policy goals expressed in SSE, Canada indicated that it would exercise full air sovereignty over all of its landmass and associated air and maritime spaces. This resulted in the declaration of an expanded CADIZ which now includes all of the Canadian Arctic Archipelago islands (the biggest being Ellesmere Island). This expanded airspace has dramatically increased the amount of area that needs to be monitored by NORAD, with the requisite ability to respond to any incursions. This development has exacerbated the current detection challenge for NORAD; however, Canada has not added any resources to deal with this increased mandate.

As part of the NWS replacement, the expanded airspace declared by Canada will necessarily be part of the improved detection grid needed by NORAD. Issues related to cost sharing and resource contributions to meet the evolving mandate have yet to be negotiated by the two countries. However, Canada should consider what steps it could take in the interim to start addressing this capability gap which resides within Canadian territory.

The government can certainly point to the additional fighters as one way of increasing assets that could help in filling this gap. However, fighters need to be enabled to operate in this expanded area. This would require adding some means of detection (land/air), improved communications (radios/data links with Beyond Visual Line of Sight – BVLOS capabilities) and enablers such as tankers and, potentially, looking at additional FOLs as part of the measures needed to close the gap. It so happens that DND has several projects currently in the Defence Investment Plan (DIP) that would bring relief to some of the problems listed above. However, they are not prioritized in a way to bring an integrated solution to bear faster. They are proceeding as individual projects and not necessarily linked to the NORAD problem. Also, given the long timelines in defence procurement, many of these programs’ capabilities and resource levels were based on information that did not necessarily consider the new threats and policy shifts faced by NORAD. For example, the RCAF is currently seeking to acquire three Tactical Control Radars (TCRs) for use at its main fighter bases as surveillance systems and training support for fighter operations.

The additional TCR is intended as spare system and potential deployment resource for NORAD or NATO operations. After nearly 10 years in process, this procurement is finally moving to a competition and contract award is expected sometime in 2020. However, given the long lead-time in this procurement, recent changes in policy (expansion of the CADIZ) and threat systems that were not necessarily fully accounted for in establishing the requirements for this procurement mean it is likely outdated in some areas.

Canada should consider if three systems are sufficient given the increased need for domestic surveillance while still having the capability to support NATO. One option would be to consider acquiring additional platforms (once a winning system is selected) or consider using a capable system recently acquired by the Canadian Army (CA). The CA is in the process of receiving very capable Medium Range Radar (MRR) systems (10 radars and support equipment) intended for the protection of the CA while on deployed operations abroad. While these systems could certainly become part of the domestic security arrangement, this would require the CAF to develop both a concept of operations (doctrine, training and certification for NORAD use) and a means of deploying and connecting these systems into the remote reaches of Canada’s Arctic.

The CA will also be pursuing additional capabilities related to Air Defence under the Ground Based Air Defence System (GBAD) program. Again, this is intended for expeditionary use; however, when paired with the MRR system, they would offer the CAF and NORAD a capable means of countering certain types of air breathing threats that are likely to be very challenging to contend with if only using fighters. In the past, the RCN’s Tribal class destroyers could provide additional Area Air Defence capabilities which could be added/integrated into the NORAD response to air breathing threats. However, this kind of capability was lost when the Tribals were retired, and will likely remain absent until the return, mid next decade, of the Canadian Surface Combatant (CSC) fleet.

The concept of an Integrated Air Defence System (IADS) is not part of traditional thinking here in Canada and is normally seen as something required elsewhere in the world where complex threat environments exist. However, this thinking may need to evolve as Canada and the US look to the future needs of defending a vast area against far more sophisticated threats. Other projects that are relevant to this challenge are the planned Strategic Air Tanker Capability (SATC) replacement program, the replacement of all ground-to-air radios and the addition of data link ground sites (to expand the network capabilities beyond the currently limited areas). We would certainly encourage the government to consider adding capabilities to these tankers beyond those traditional roles of being a flying fuel tank and personnel transport. With Canada’s vast and minimally developed Arctic (lack of ground and space-based infrastructure), these platforms can become force enhancers/enablers with the addition of suitable sensors and network/communication capabilities.

Canada needs to consider a more holistic approach to meeting the growing NORAD challenge. It is expected that a bi-national program will be launched in the next few years to deal with the full range of technology renewal for NORAD modernization (which includes the NWS). However, given the size and complexity of such an undertaking, it will likely take well into the 2030s before the full transformation can take place. In the interim, it would seem that a great opportunity exists for Canada to re-align procurement initiatives planned in SSE (other programs exist that are relevant, but have not been discussed in this paper for the sake of brevity) in a way that brings more integrated solutions to bear sooner and with increased agility in meeting the demanding challenges of maintaining credible conventional deterrence in the vast NORAD area of responsibility.

This process of alignment would also make a more coherent narrative for procurement discussions with the Canadian defence community, the public and when dealing with our US allies. The current government has certainly appreciated the benefits of pursuing “interim” solutions as recently seen with the Interim Fighter Capability Program (purchase of RAAF F18s) and the Interim Auxiliary Oiler Replenishment (AOR) ship (leasing of MV Asterix). The time may be right to align current DND procurement efforts into an Interim NORAD Capability Program (INCP) which would bring greater focus and responsiveness to the very important mission of being strong and relevant at home.