The RCAF Association acknowledges the research done by the renowned RCAF historian, Hugh Halliday, in compiling the information presented below as well as The Battle of Britain London Monument Website. These are the 117 Canadians who fought in the Battle of Britain 10 July-31 October 1940: 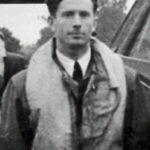