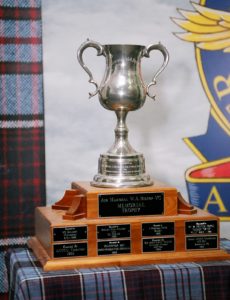 The Air Marshal W.A. Bishop VC Memorial Trophy – First presented in 1988 to commemorate the late Air Marshal W.A. Bishop, VC, the trophy is presented “in recognition of outstanding and meritorious achievement in any field of aviation,” (except air transportation or military search and rescue). Any citizen, group or unit organization is eligible to be considered for the trophy.